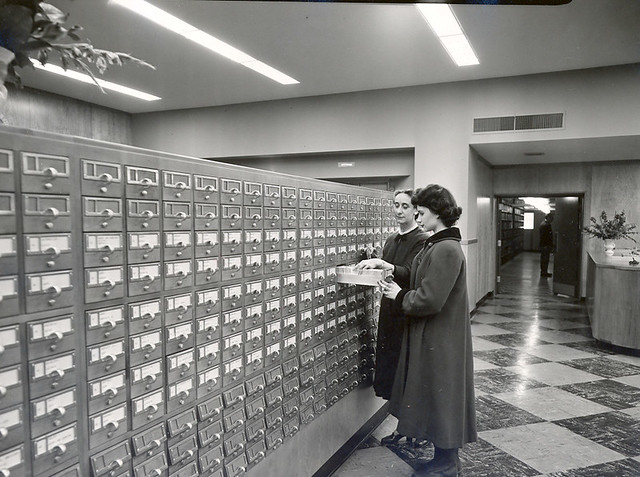 In late 2012, IDM magazine published an article I co-authored with Umi Asma Mokhtar in Malaysia titled ‘Can technology classify records better than a human?’

The article drew on research into recent advances in technology to assist in legal discovery, known as ‘computer-assisted coding’, or ‘predictive coding’, including the following two articles:

Grossman and Cormack’s article noted that ‘a technology-assisted review process involves the interplay of humans and computers to identify the documents in a collection that are responsive to a production request, or to identify those documents that should be withheld on the basis of privilege‘. By contrast, an ‘exhaustive manual review’ required ‘one or more humans to examine each and every document in the collection, and to code them as response (or privileged) or not‘.

The article noted, somewhat gently, that ‘relevant literature suggests that manual review is far from perfect’.

Peck’s article contained similar conclusions. He also noted how computer-based coding was based on a initial ‘seed set’ of documents identified by a human; the computer then identified the properties of those documents and used that to code other similar documents. ‘As the senior reviewer continues to code more sample documents, the computer predicts the reviewer’s coding‘ (hence predictive coding).

By 2011, this new technology was challenging old methods of manual review and classification. Despite some scepticism and slow uptake (for example, see this 2015 IDM article ‘Predictive Coding – What happened to the next big thing?‘), by 2021, it had become an accepted option to support discovery, sometimes involving offshore processing for high volumes of content.

Meanwhile, in an almost unnoticed part of the technology woods, Microsoft acquired Equivio in January 2015. In its press release ‘Microsoft acquires Equivio, provider of machine learning-powered compliance solutions‘, Microsoft stated that the product:

‘… applies machine learning … enabling users to explore large, unstructured sets of data and quickly find what is relevant. It uses advanced text analytics to perform multi-dimensional analyses of data collections, intelligently sorting documents into themes, grouping near-duplicates, isolating unique data, and helping users quickly identify the documents they need. As part of this process, users train the system to identify documents relevant to a particular subject, such as a legal case or investigation. This iterative process is more accurate and cost effective than keyword searches and manual review of vast quantities of documents.’

It added that the product would be deployed in Office 365.

The concept of classification for records was defined in paragraph 7.3 of part 1 of the Australian Standard (AS) 4390, released in 1996. The standard defined classification as:

‘… the process of devising and applying schemes based on the business activities generating records, whereby they are categorised in systematic and consistent ways to facilitate their capture, retrieval, maintenance and disposal. Classification includes the determination of naming conventions, user permissions and security restrictions on records’.

The definition provided a number of examples of how the classification of business activities could act as a ‘powerful tool to assist in many of the processes involved in the management of records, resulting from those activities’. This included ‘determining appropriate retention periods for records’.

The only problem with the concept was the assumption that all records could be classified in this way, in a singular recordkeeping system. Unless they were copied to that system, emails largely escaped classification.

Managing all digital records according to recordkeeping standards has always been a problem. Electronic records management (ERM) systems managed the records that were copied into them, but a much higher percentage remained outside its control – in email systems, network files shares and, increasingly over the past 10 years, created and captured on host of alternative systems including third-party and social media platforms.

By the end of 2019, Microsoft had built a comprehensive single ecosystem to create, capture and manage digital content, including most of the records that would have been previously consigned to an ERMS. And then COVID appeared and working from home become common. All of a sudden (almost), it had to be possible to work online. Online meeting and collaboration systems such as Microsoft Teams took off, usually in parallel with email. Anything that required a VPN to access became a problem.

The Microsoft 365 ecosystem generated a huge volume of new content scattered across four main workloads – Exchange/Outlook, SharePoint, OneDrive and Teams. A few other systems such as Yammer also added to the mix.

Most of this information was not subject to any form of classification in the recordkeeping sense. The Microsoft 365 platform included the ability to apply retention policies to content but there was a disconnect between classification and retention.

Project Cortex drew on technological capabilities present in Azure’s Cognitive Services and the Microsoft Graph. It is not known to what extent the Equivio product, acquired in 2015, was integrated with these solutions but, from all the available details, it appears the technology is at least connected in one way or another.

During Ignite 2020, Microsoft announced SharePoint Syntex and trainable classifiers, either of which could be deployed to classify information and apply retention rules.

Trainable classifiers were made generally available (GA) in January 2021.

Trainable classifiers sound very similar to the predictive coding capability that appeared from 2011. However, they:

In theory, this means it might be possible to identify a set of similar records – for example, financial documents – and apply the same retention label to them. The Content Explorer in the Compliance admin portal will list the records that are subject to that label.

SharePoint Syntex was announced at Ignite in September 2020 and made generally available in early 2021.

The original version of Syntex (as part of Project Cortex) was targeted at the ability to extract metadata from forms, a capability that has existed with various other scanning/OCR products for at least a decade. The capability that was released in early 2021 included the base metadata extraction capability as well as a broader capability to classify content and apply a retention label.

The two Syntex capabilities, described in a YouTube video from Microsoft titled ‘Step-by-Step: How to Build a Document Understanding Model using Project Cortex‘, are:

As with trainable classifiers, Syntex uses Machine Learning to classify records, but Syntex also has the ability to extract metadata. Syntex can only classify or extract data from SharePoint libraries.

Both options require the organisation to create an initial seed of content and to use Machine Learning to develop an understanding of the content, in order to classify it.

The models are similar, the primary difference is that trainable classifiers can work on content stored in email, SharePoint and OneDrive, whereas Syntex is currently restricted to SharePoint.

On 18 March 2021, Microsoft announced the pending (April 2021) preview release of an enhanced predictive coding module for advanced eDiscovery in Microsoft 365.

The announcement, pointing to this roadmap item, noted that eDiscovery managers would be able to create and train relevance models within Advanced eDiscovery using as few as 50 documents, to prioritize review.

So, can Microsoft technology classify records better than humans?

In their 1999 book ‘Sorting Things Out: Classification and its Consequences‘ (MIT Press), Geoffrey Bowker and Susan Leigh Star noted that ‘to classify is human’ and that classification was ‘the sleeping beauty of information science’ and ‘the scaffolding of information infrastructures’.

But they also noted how ‘each standard and category valorizes some point or view and silences another. Standards and classifications (can) produce advantage or suffering’ (quote from review in link above).

Ultimately, a ‘match’ is based on a scoring ‘relevancy’ algorithm. Perhaps the technology can classify better than humans, but whether the classification is accurate may depend on the human to make accurate, consistent and impartial decisions.

Either way, the manual classification of records is likely to go the same way as the manual review of legal documents for discovery.

One thought on “Can Microsoft technology classify records better than a human?”